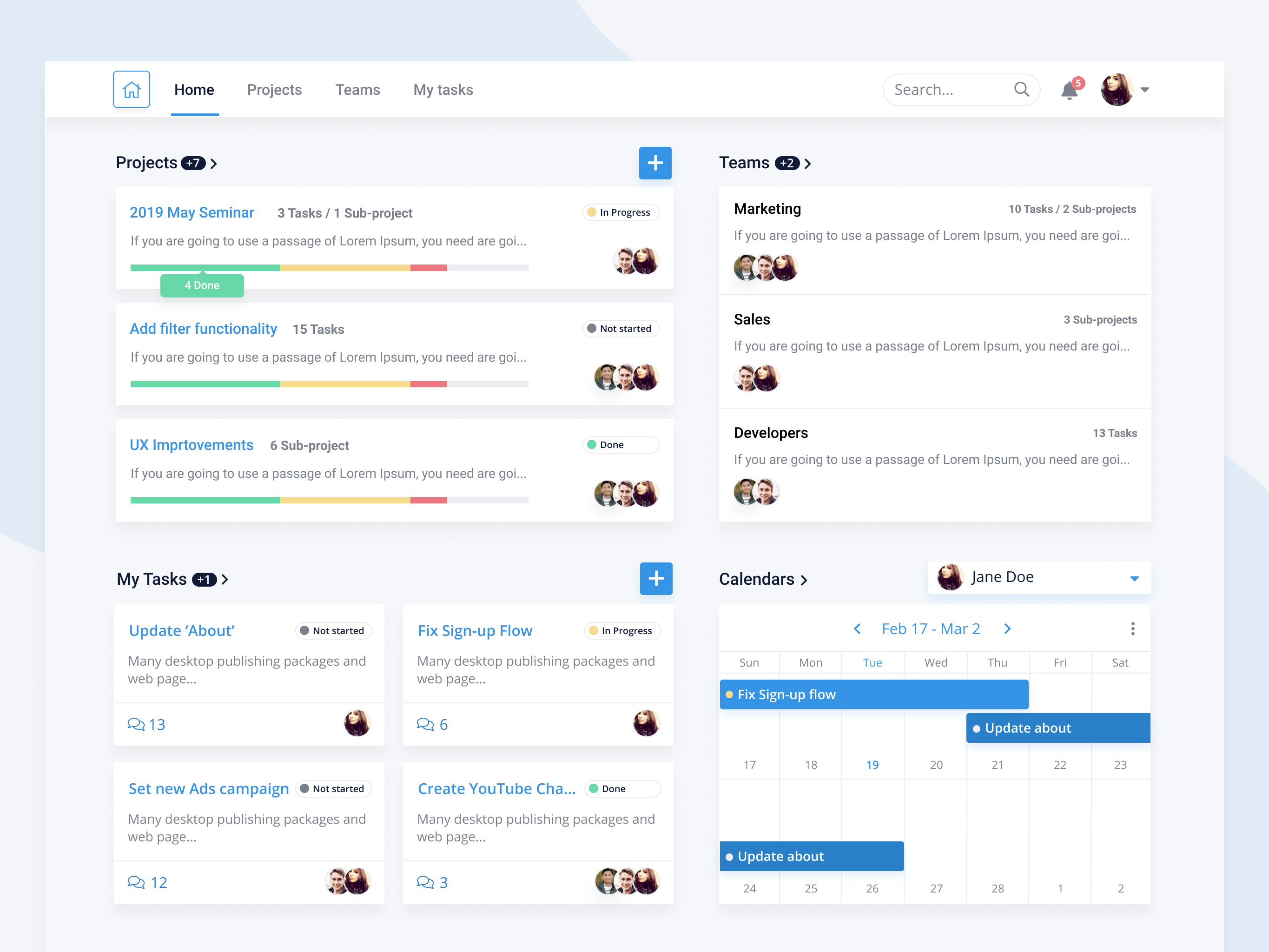 The client is a B2B company providing enterprise-level software. They’re looking to create a free project management tool for the web which will help them attract start-ups and small businesses, who in turn can be potentially converted into their legacy product customers.

The users are start-up owners and employees ages 20-40, who are struggling with overly complicated task creation processes many PM tools are guilty of. They want a transparent intuitive experience for tracking projects and tasks.

This project was a part of bootcamp, and I had three weeks to complete all phases of the design thinking approach. I was working alone, doing consumer and market research, user interviews and rounds of user testing, as well as visual design for UI and final MVP high-fidelity prototype. 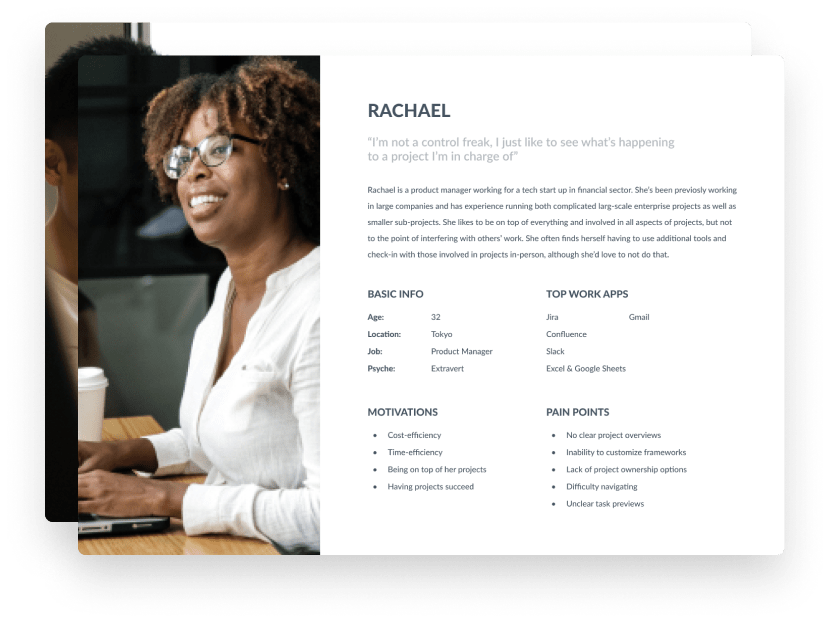 I started the discovery phase of the project by going through the project constraints and needs, running market and consumer research, as well as implementing qualitative techniques and interviewing 4 potential users. Based on the data gathered, I could synthesize 2 primary personas, 5 use cases, moodboards and initial functionality ideas.

"The common complaints among all participants included overly complicated task creation processes, lack of task statuses, poor information architecture, and difficulty navigating. Everyone enjoyed or would like having a clear overview and timeline, visually easy way to see what’s happening, and flexibility to adapt projects to their needs. The majority also voiced frustration when it came to integration of other services, as many tools seemed to lack these options or not support them well enough."

Several picked up use cases: 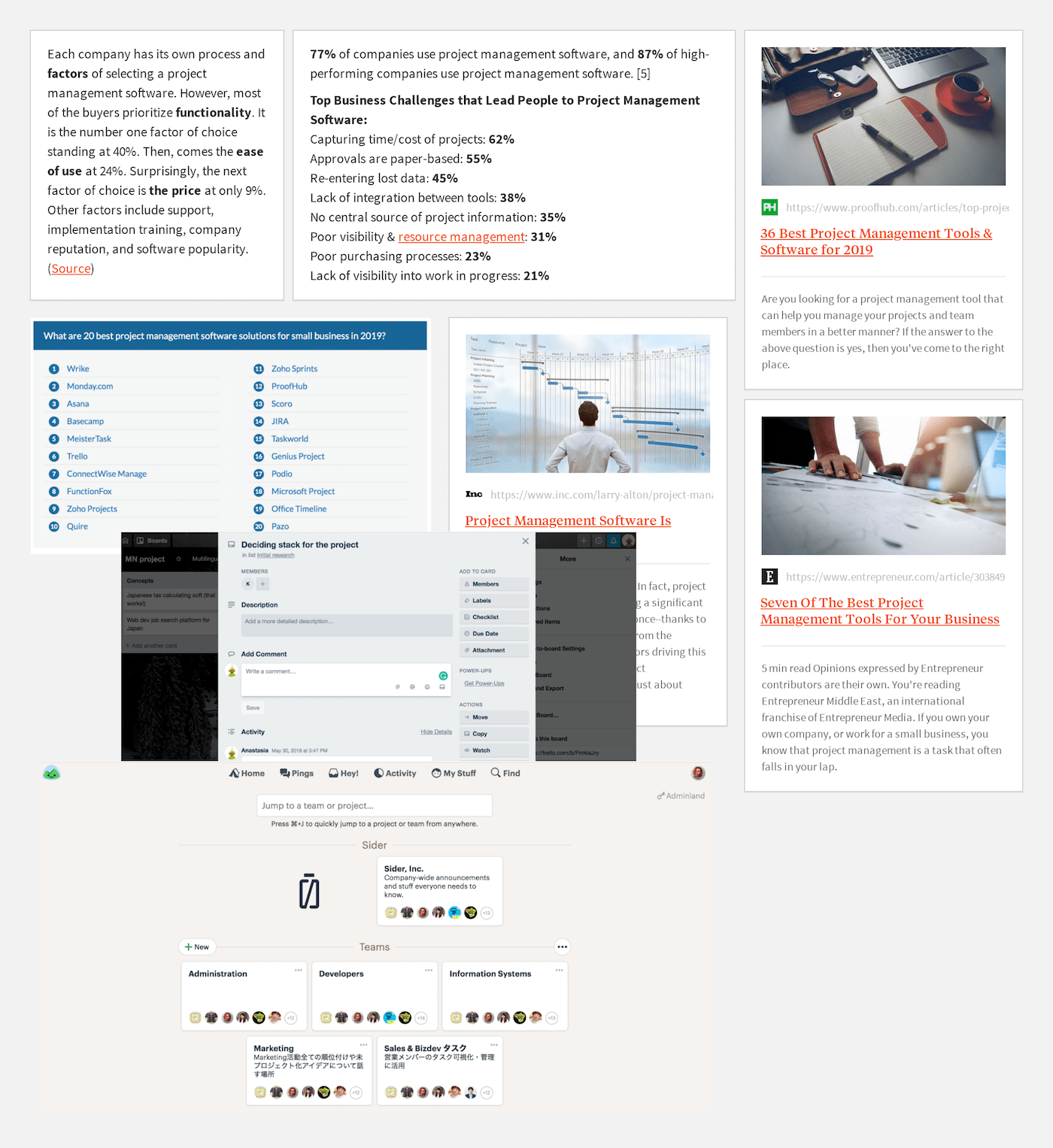 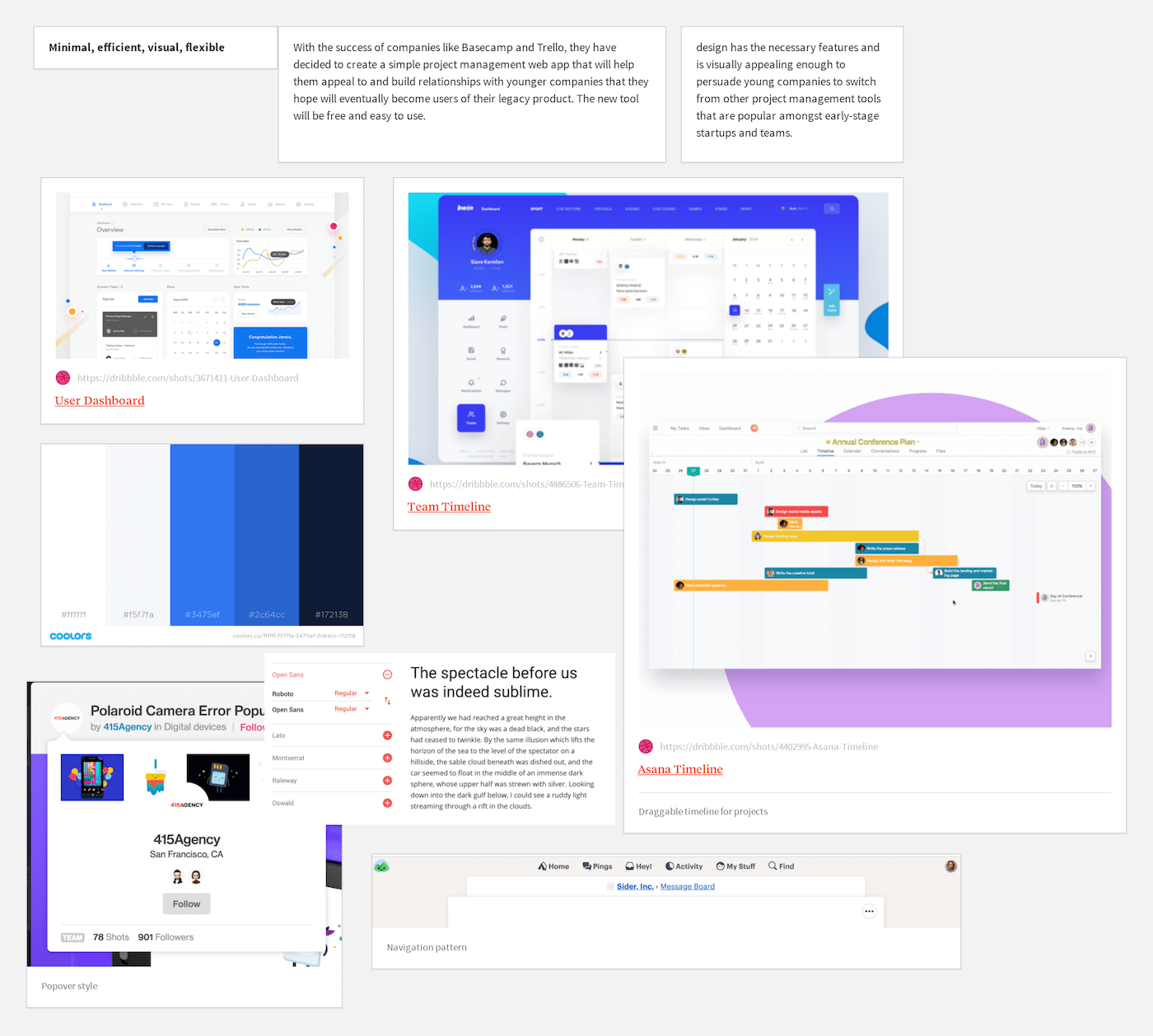 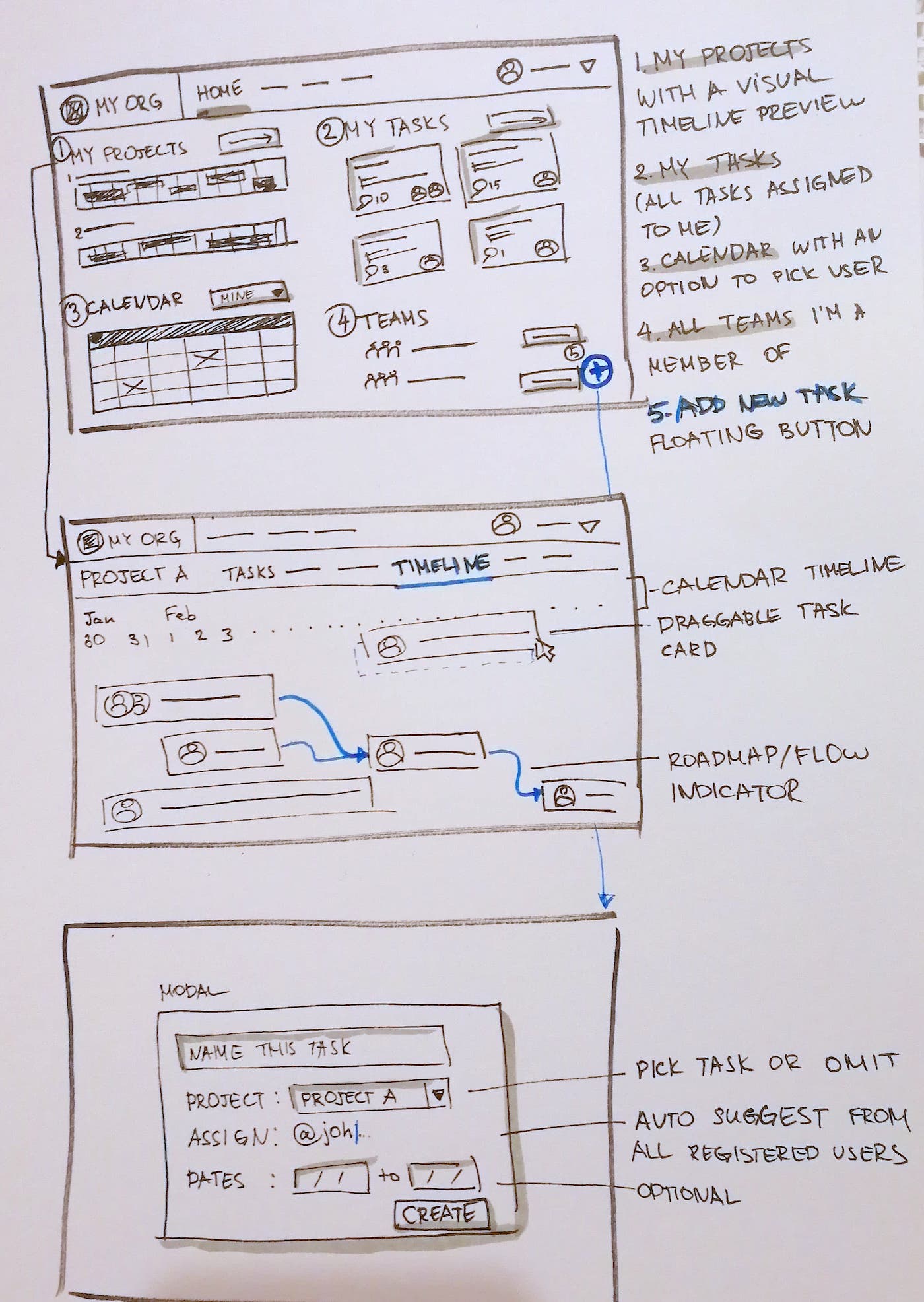 Based on the interviewees’ feedbacks, use cases of our personas and client requirements, I then created 4 task flows that helped me define the main functionality I needed for the initial wireframes and prototype. Once the prototype was ready, it was tested out by 3 users and refined based on their feedback. The refined solutions were then tested again until users were satisfied. 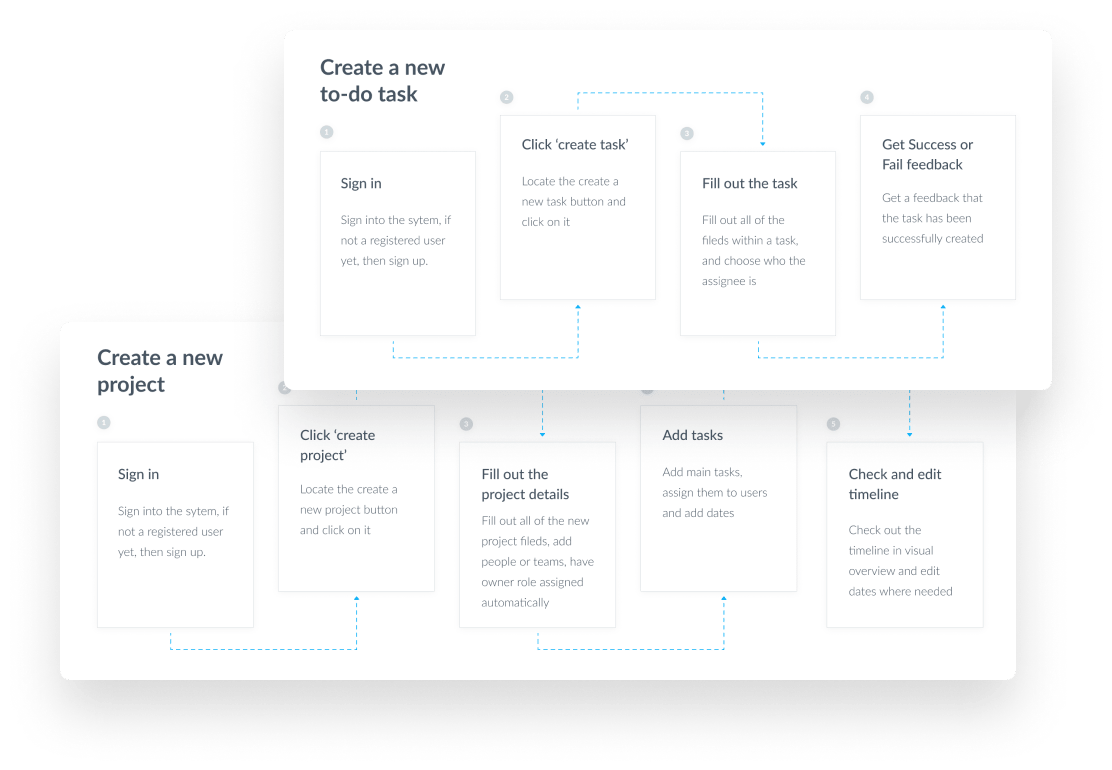 "It took me a while to understand what “Place this task under” field is for, I understand it now but I had to make a pause...There should be a better wording for that." 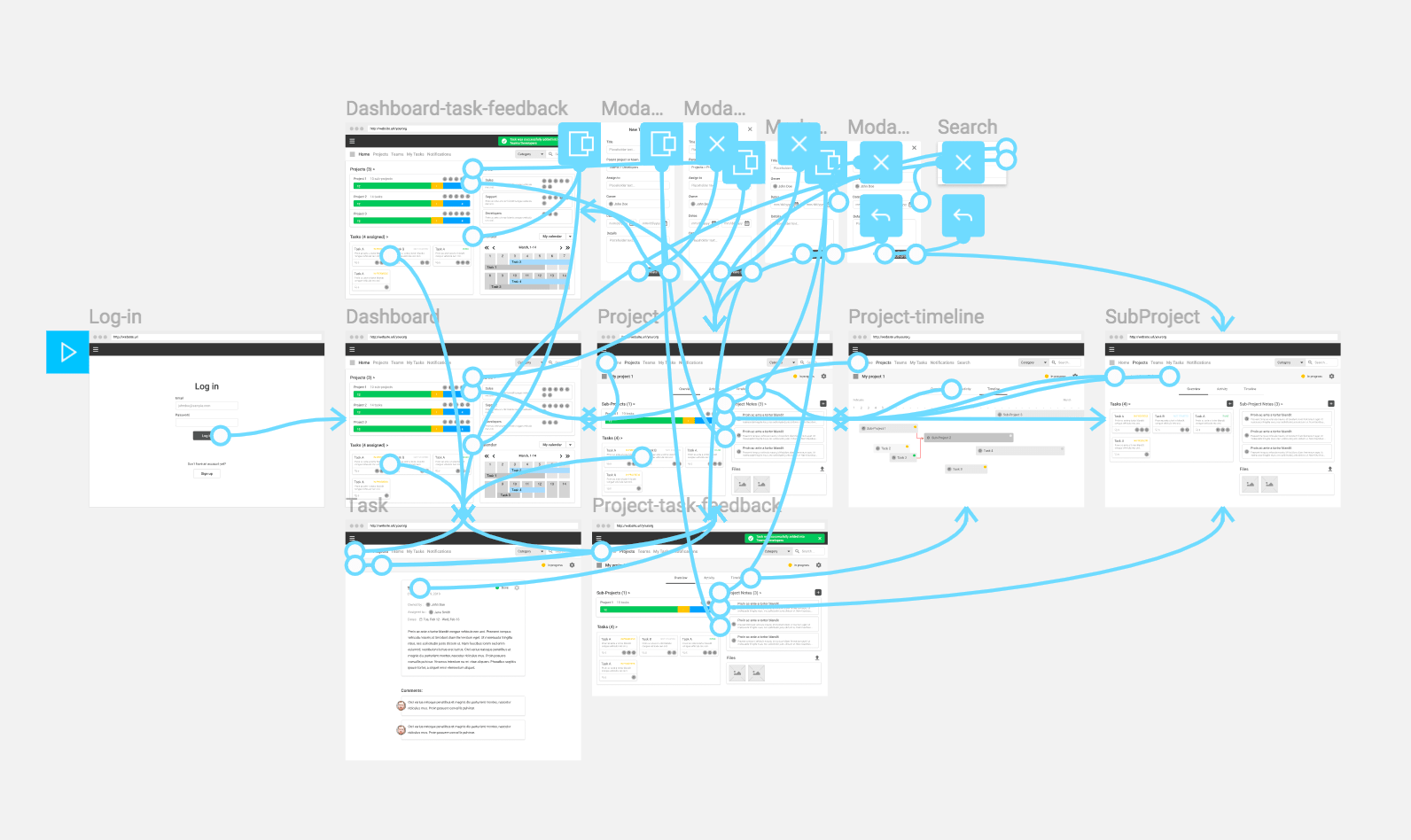 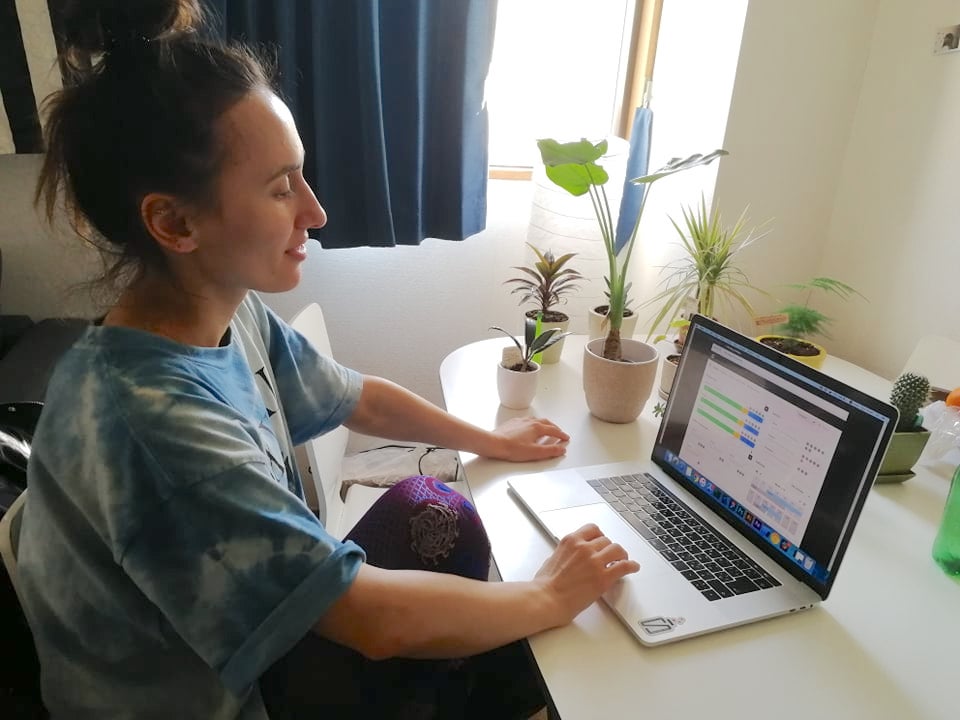 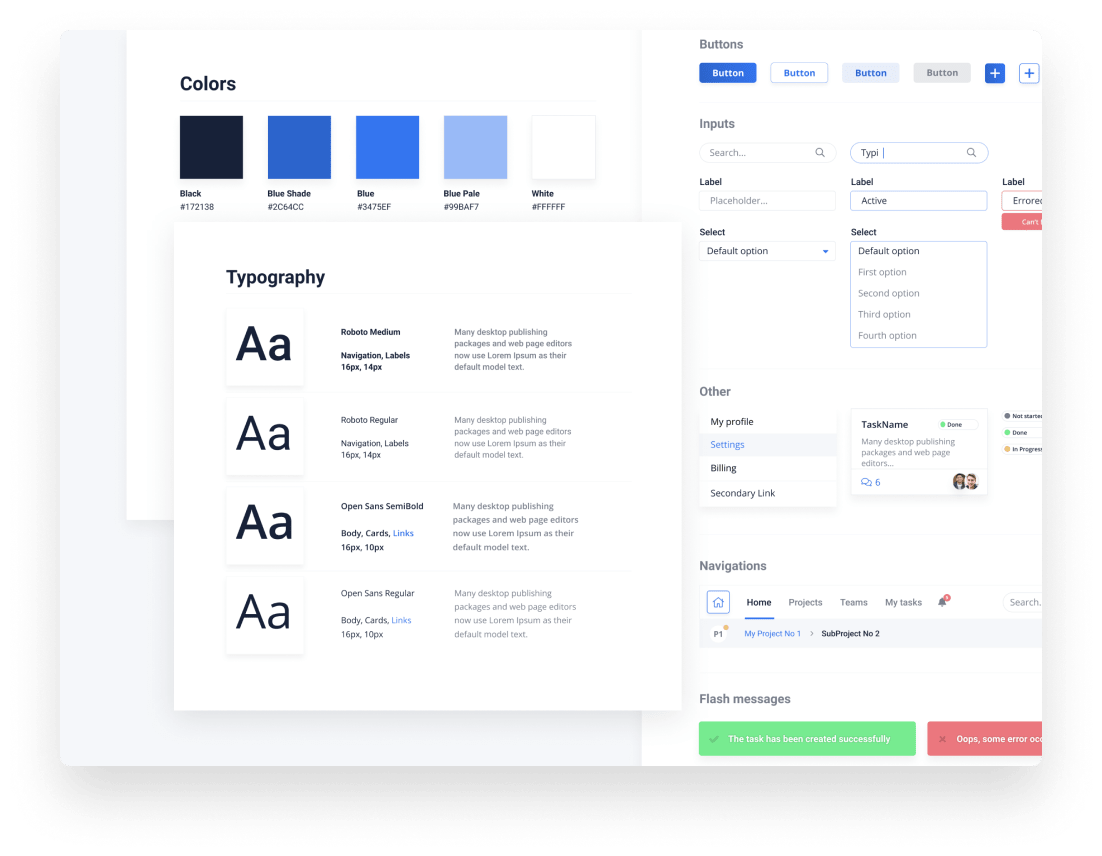 The deliverables included UI style guide and a high-fidelity prototype. Once the color scheme and typography were in place, the elements were put together and a prototype supporting main user flows was created. To uncover any inconsistencies and usability flows before moving onto the next step, another round of user testing with 2 users as well as A/B testing was held. Based on the findings, more tweaks were made to the prototype that you can click through below.

Copy, terminology, and text in your designs are just as important as visual elements and should be treated and tested as such

Users carry their mental models from other applications and it can be difficult for them to abandon them even if they may not be the best to refer to, you should always try and find the middle ground for such cases

Even if sometimes users seem to give feedbacks that conflicts other testers, with careful consideration you can always find common denominators that you can focus and improve on.